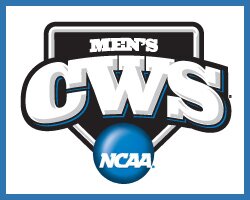 The 2011 College World Series will begin on Saturday, June 18 and conclude either June 28 or June 29, 2011 on Omaha. All 17 possible baseball games will be televised wither on ESPN or ESPN2.

The College World Series is the exciting season-ender of each NCAA men’s college baseball season. The eight best NCAA baseball teams (after advancing through the regionals and super-regionals) compete against one another in two four-team brackets. The winners from each bracket then compete against one another in a best two-out-of-three series to decide, who will be the next College World Series champions.

The CWS format divides the 8 teams that qualify into two separate 4-team double-elimination brackets and the winners from each bracket advance to play each other in a best of 3 CWS Championship series, in a quest for a national championship.

The college world series has been hosted by Rosenblatt Stadium in Omaha, Nebraska since 1950. The history of the college baseball World Series spans many more decades, though, and many of Major League Baseball’s biggest stars have played in the D-I NCAA Baseball Tournament, and the College World Series.